Small ponds and some of the shallow lakes in the Park Rapids area are beginning to freeze over. 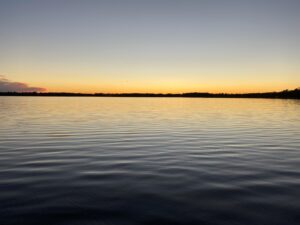 With water temperatures falling to the high 30’s, it won’t be long until anglers are exploring the lakes on the ice. Some of the larger bodies of water are still open and accessible, especially for those few anglers who want one last voyage out for some late season crappies, walleyes or muskies.

Looking ahead at the weather forecast, it’s unlikely anglers will be ice fishing over Thanksgiving weekend. Larger lakes may still be open for several days.