From a Minnesota Department of Natural Resources news release: 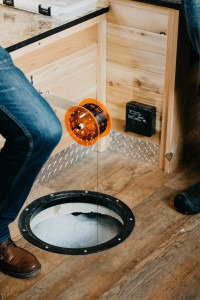 The first deadline for anglers to remove their fish houses from inland waters is the end of the day Monday, March 4, according to the Minnesota Department of Natural Resources.

The agency urges anglers who haven’t yet removed their shelters to make plans now to ensure they meet the deadline.

“Anglers are responsible for removing their shelters by the deadline, so they need to plan ahead and make sure they can do it,” said DNR Conservation Officer Alexander Birdsall, who patrols the Waconia area. “There’s no way around the fact that it will be challenging for many people to remove their fish houses this year, given the sheer amount of snow that fell in February.”

Some fish house owners may have difficulty accomplishing the task themselves. Birdsall urges them to contact a local snowplow company or connect with friends and family and ask for help.

“If anglers brought people out to their fish house this winter – especially if they put them on a hot bite – now would be a good time to remind them of that fact and ask for some help,” he said.

Fish house owners shouldn’t leave anything on the ice when they pull their shelters to shore.

“Anything other than an imprint that’s left on the ice is litter – it’s as simple as that,” said Rodmen Smith, director of the DNR Enforcement Division. “We also recognize that many people clean up litter that isn’t theirs, and we thank them for their efforts to keep our lakes clean.”

If shelters aren’t removed by the deadline, owners may be prosecuted and structures may be confiscated and removed, or destroyed by a conservation officer. After the deadline, shelters may be on the ice between midnight and one hour before sunrise only when occupied. They may not be left or stored at public accesses. As they venture out, anglers should always keep in mind that ice conditions may vary widely and that ice is never 100 percent safe.

For more information on the deadlines go to mndnr.gov/fishing/shelter.html.